There are many different apps to edit videos that is suitable for  both YouTube and Facebook in 2022. In this content I will be listing out the top 10 best video editing apps for Android devices. Some of the apps are totally free while others has both free and premium types. In order not to waste much of our time in this description section, Let us move straight to our golden topic which is the best video editing apps for Android.

Apply Now:  How to Apply For Canada Work Permit in 2022

Inshot is one of the best video editing app for both android and apple devices. It can be used to create  tutorials for your YouTube channel or Facebook pages. Inshot is mainly created for editing tutorials. If you are a type that has a nice working YouTube channel or Facebook page, then inshot is the best option for you. I do use inshot, KineMaster and power director to edit one video at the same time, there are some features present in one and it is absent from the others, so it is advisable to use all the video editing apps that I will be giving you in this post. You can edit video as you like using inshot without watermark, that’s why I recommend inshot for the beginners in vlogging.

YouCut is another best video editing app in 2022 that can be used to create video for your YouTube channel, twitter account, Snapchat, Instagram and Facebook. I called YouCut home of celebrities, this is because it is good in creating videos for all social media accounts. It has some of the important features like cropping, voice over, add music to video and so many other must use features. The reason why I love YouCut the most is that, you can edit videos in the free version of it without watermark. It is totally free to use it but for advanced editing, you would need to upgrade to the pro version of YouCut.

Filmix is one of the best video editor in 2022, it has both free and premium version. You can edit video on filmix offline without turning on your mobile data. It has some sweet effects that you would like to use in your videos. It has watermark if you edit video using the free version. The most thing I love about filmix is because of its voice over, when you record a voice in filmix, you are able to change your voice from male to female voice, also from man to robot voice. All you need to do is to download the app from Google play store and install it on your android phone and start enjoying editing videos with it.

Viva video editor has similar features with filmix. To use these features, you can go to any online store either APKPure or Google play store and download the app. It has both free and paid features, your videos will have watermark if you edit it on the free version of viva video editor. It is easy and simple to use without any advanced training on how to edit video using the app.

FilmoraGo is another choice for vloggers. It has some features that are similar to that of KineMaster and power director. You can use it to edit music videos, comedy, creating tutorials and so on. It has online and offline features, for you to access some features such as stickers, gif, you will have to use wifi or mobile data. 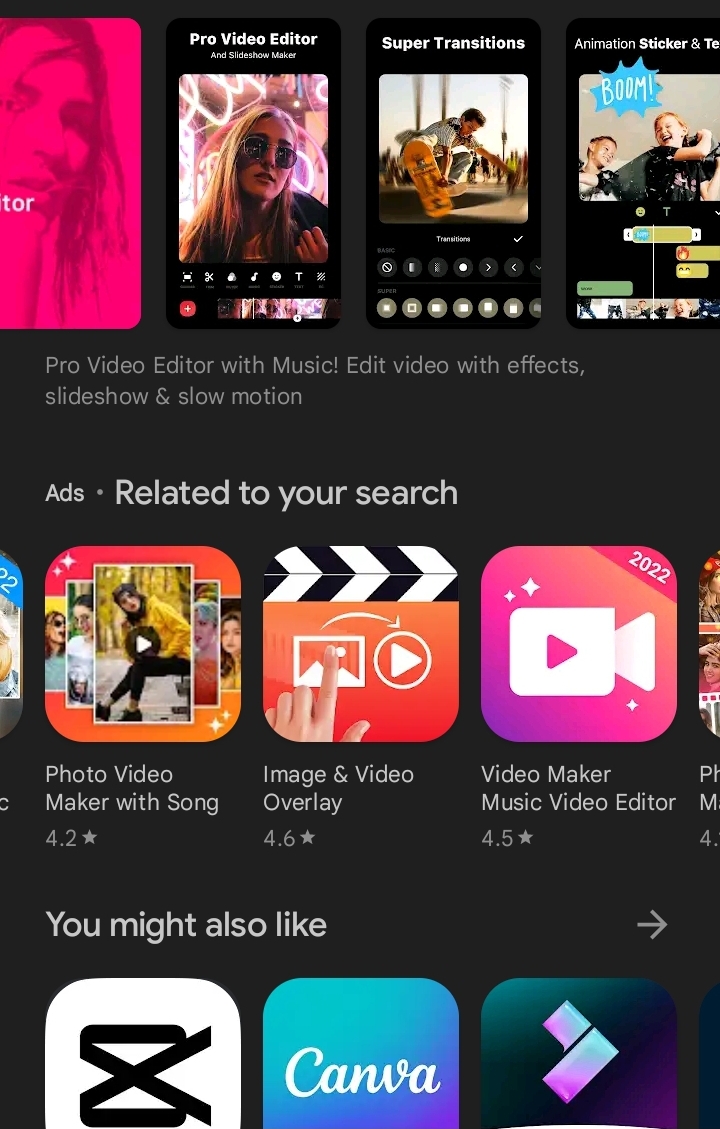 Don’t be surprised of hearing the name video editor and video maker. It is the name of another best and easy to use video editing app for Android in the year 2022/2023. It performs two functions at a sport. You can use this app to create videos and also to edit videos with your mobile phone. It is simple to use and some of the features are totally free while others are paid.

iMovie is the best in tense of editing movie videos, you can use it to edit all kind of videos but it is mainly made for editing movies. Imagine if you are using your mobile phone to act movies like seasonal films. It is one of the best video editing app in 2022.

Filmmaker is the overall video editing app unlike inshot, YouCut and KineMaster. It has similar features with them. You can use it to create and also to edit videos for free. All you are expected to do is to download the app from Google play store and start editing videos with it.

Those are the best video editing apps in 2022. You can edit video on some of the apps for free without watermark, while others has watermark. If you have any question, feel free to drop your comment below.

How To Create A Blog For Free On Blogger(3 Steps)

How To Prepare For IELTS/TOEFL Tests